“Let food be thy medicine and medicine be thy food.”
~ Hippocrates

A healing diet is one that harnesses the power of food as medicine.

Nature is amazing, and we are part of nature. Natural foods are filled with nutrients that support our health. Modern food, on the other hand, is full of processed ingredients that our body doesn’t always recognize as food. This has led to a rise in chronic disease worldwide, including autoimmune disease. A healing diet acknowledges that there’s a big difference between these two categories of food.

This website is dedicated to autoimmune health. While there is no cure for autoimmune disease, food can have a powerful impact on how we feel. Some foods increase inflammation, while others reduce it. A first step toward a healing diet is to eliminate processed foods and focus on real food instead.

However, there are also diets specifically designed to reverse autoimmune disease. What does that mean? It means turning off the genes that increase inflammation, and turning on the genes that help regulate the immune system. That’s the power of epigenetics. The goal is to reduce our symptoms, maximize our health, and live our fullest lives. Two healing diets featured on this website are the Paleo Autoimmune Protocol and the Wahls Protocol.

What they have in common is the removal of foods that are difficult to digest (such as grains and legumes), and the addition of foods that are nutrient-dense (such as pastured proteins, wildcaught seafood, fruits and vegetables, organ meat, fermented foods, bone broth and natural fats.)

Hippocrates once said that all disease begins in the gut. More and more people with autoimmune disease are finding this to be true. In fact, it’s believed that autoimmune disease cannot occur if intestinal permeability isn’t present. This is called Leaky Gut Syndrome: When the digestive system becomes impaired over the years, three things happen: (1) The intestinal lining becomes thinner, (2) harmful bacteria start to outnumber the beneficial bacteria in our digestive tract and (3) food isn’t digested completely. For example, protein is meant to break down into amino acids, which then become the building blocks for every cell in your body. If your digestion is impaired, however, some proteins will only break down into peptides (one step up from amino acids). If these slip into the bloodstream through the thinned intestinal lining, the body doesn’t recognize them and can’t use them at all. Instead, they’re seen as foreign invaders, and this sets off an alarm in the body, which you experience as inflammation. If this continues to happen day in and day out, certain disease genes get triggered. For me it was rheumatoid arthritis. For you, it might be Hashimoto’s, lupus, or multiple sclerosis.

The diets listed above are designed to correct this imbalance and heal your digestive system. As it heals, symptoms lessen, and instead of your disease progressing (as modern medicine expects), it regresses (you start to get better). Watch this inspiring video of Terry Wahls, who reversed her multiple sclerosis through diet, as one powerful example.

This website can’t promise anything. I’m one woman who has seen dramatic improvement in her own autoimmune condition, and I’m part of a growing group of people who are experiencing the same, all through our diet and lifestyle choices. That said, this doesn’t mean it’s an either/or equation, where it’s either diet or medicine, and never both. Integrative medicine is the combination of the two, and it’s a powerful blend that works well for many people, myself included. You get to decide the role that diet plays in your life. I hope you’ll join us and see what a healing diet can do for you. 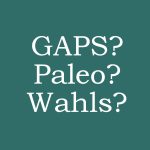 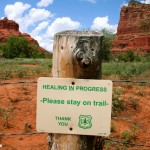 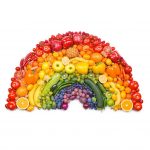