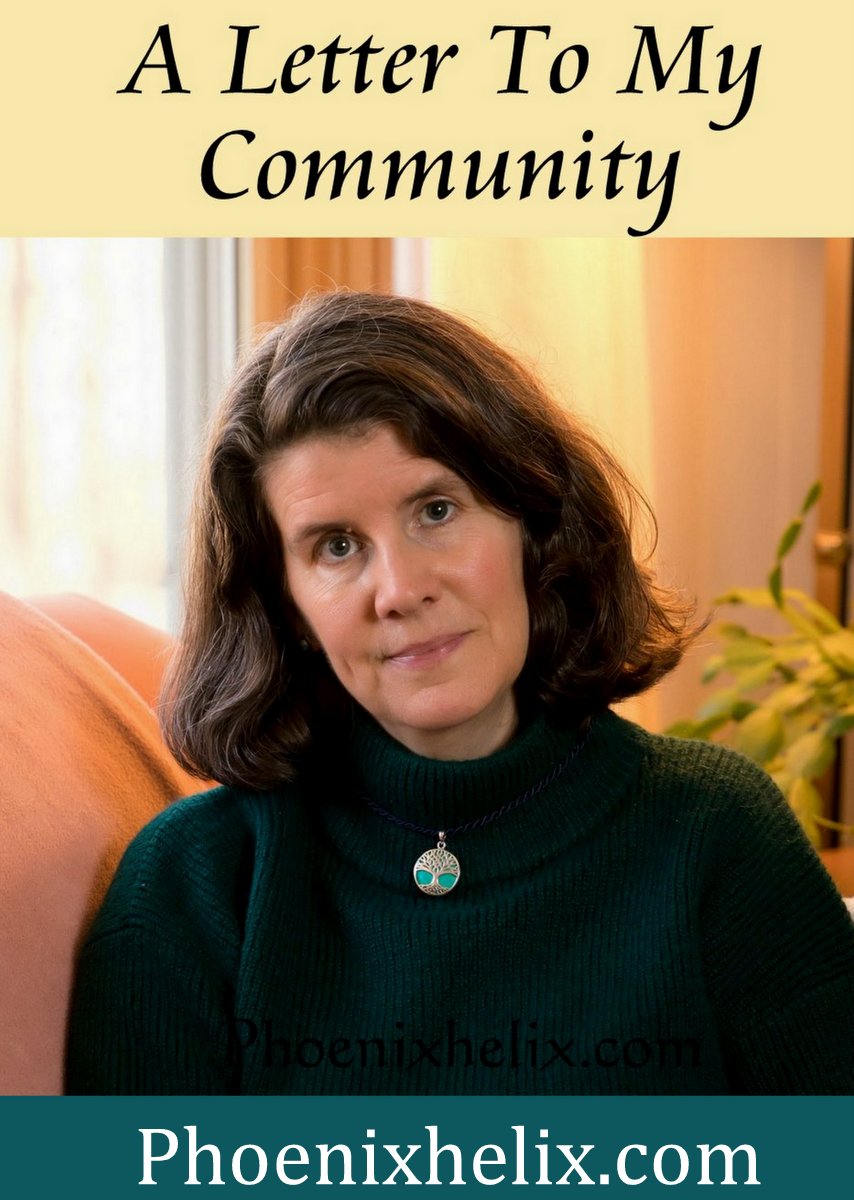 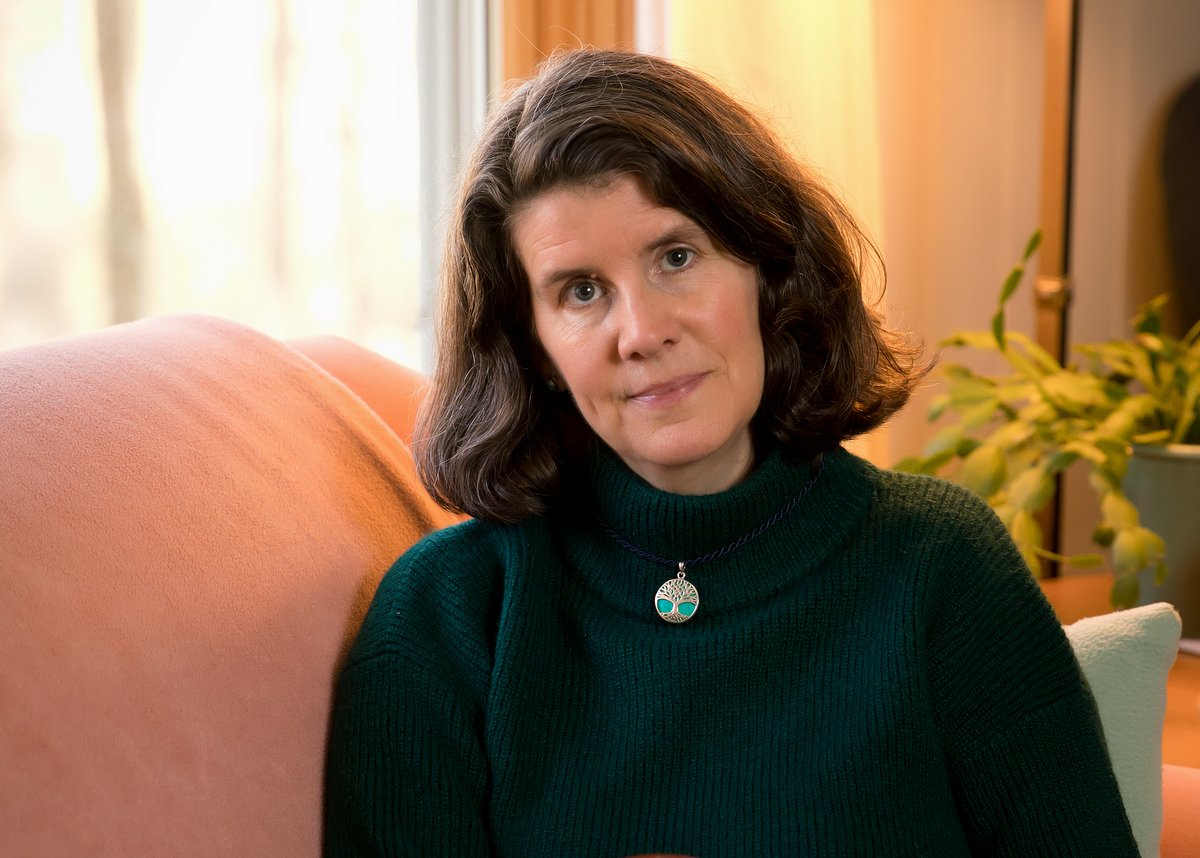 To my readers, listeners, colleagues, and friends:

What I love about the Paleo Autoimmune community is that it’s such a loving, strong, compassionate, and inspiring group of people. I named my website Phoenix Helix to symbolize those qualities. When rheumatoid arthritis hit my life like a wrecking ball, I felt like I was burning from the inside out, and the life I had before was simply gone. I needed to believe there was a way to rise from those ashes like the mythical phoenix, and find something beautiful on the other side. And I did! I started my blog to connect with others on that same journey, and I found thousands of you. Actually, a million people visit my website every year, but a core group in the tens of thousands are part of a closer community that’s actively supportive of each other on and offline. We don’t rise alone; we also lift each other up.

I still believe that’s true, but recently I’ve seen that support fracture, and it’s something I want to talk about. The autoimmune experience is an emotional one, and there are different phases we go through that are similar to the stages of grief: denial, anger, bargaining, depression, and acceptance. Denial is a natural human response when we’re facing something that scares us, that we don’t want to be true. With autoimmune disease, if we get stuck in denial, we don’t address it. We pretend it’s not happening until our body gets too loud to ignore. I know I went through that, and I imagine many of you did as well.

I’ve seen these same stages play out with the pandemic, and also the conversation surrounding racial injustice. That’s been true for me, too. When the news first came from China about COVID-19, it was on the other side of the world. I didn’t think it would come here. And when it did arrive, and the stay-at-home orders came in the Spring, I thought it would only last two weeks. I wasn’t seeing or accepting reality, and I wasn’t the only one. In response, the pandemic escalated out of control. We can’t fix anything until we admit there’s a problem, and most problems have complex solutions. 2020 was also a year that woke many people up to the realities of racism and discrimination of all types. I was partially aware before, but I still had some blinders on that have now been removed. That was long overdue, and I’m sorry it took so long. But not everyone is facing that reality. There’s a thread of denial in this community that has become a health risk for everyone.

When the insurrection happened on January 6th, led by white supremacists following false claims of election fraud, it was horrifying and stunning to witness. If it was just a few hundred rioters and a few thousand supporters, that could be addressed relatively quickly. But it became clear that it’s much bigger than that. Millions of people supported that insurrection – not the majority of the country, but far more than a few thousand people. On January 7th, I saw some members of the Paleo Autoimmune community vocally excuse, dismiss, disbelieve, or even show support for the insurrection. My friends, that is not okay. We cannot heal ourselves at the expense of others.

I know it’s stressful to focus on horrible things that happen in the world, especially when you have autoimmune disease and you’re already under a great deal of stress. It’s natural to want to turn the news off, step outside, breathe some fresh air, and listen to the sounds of nature instead. To bask in the good things. And I actually think it’s important to do that – in balance. Watching the news constantly and mindlessly isn’t helpful. I also think we need to take breaks from social media for the same reason. But that doesn’t mean ignoring the news altogether. We do need to stay informed (with open eyes rather than denial, even when it hurts). Then, take some time and space to process and hear our inner voice, and see how we are inspired to action. There are things beyond our control, but there also things within our control, and even small things matter. Ignoring a problem doesn’t make it go away. Autoimmune disease has taught us that. The troubles of the world are our troubles, too, and they’re going to keep increasing (and becoming more and more stressful) until we work together to address them.

I also want to speak about trauma. Many people in this community have a history of trauma, often going back to childhood. Research shows that trauma is a huge risk factor for autoimmune disease, increasing the likelihood anywhere from 30-100%. It’s a fact that racism and other forms of discrimination are traumatic, and they’re repeated traumas rather than one-time events. When we don’t acknowledge that, we are adding to that trauma. How many people have questioned your chronic illness, saying: “But you don’t look sick. Are you sure it’s not all in your head?”

So, I’m writing this letter to speak up and publicly share my values. I don’t think these will surprise most of you. They infuse the work I do through my website, podcast, and the community that surrounds it. These are the values of Phoenix Helix:

My goal isn’t to shame anyone. There are times when we all need to stand up and say what we believe, because otherwise, the only voices being heard are the hateful ones. With this letter, I stand on the side of love, compassion, equality, health, and truth.

If you read this letter and dismiss it as “politics”, I invite you to consider that’s also a defense mechanism. “Politics” has become a catchall for any disturbing reality we don’t want to see. It’s also been used to justify harmful behavior for far too long.