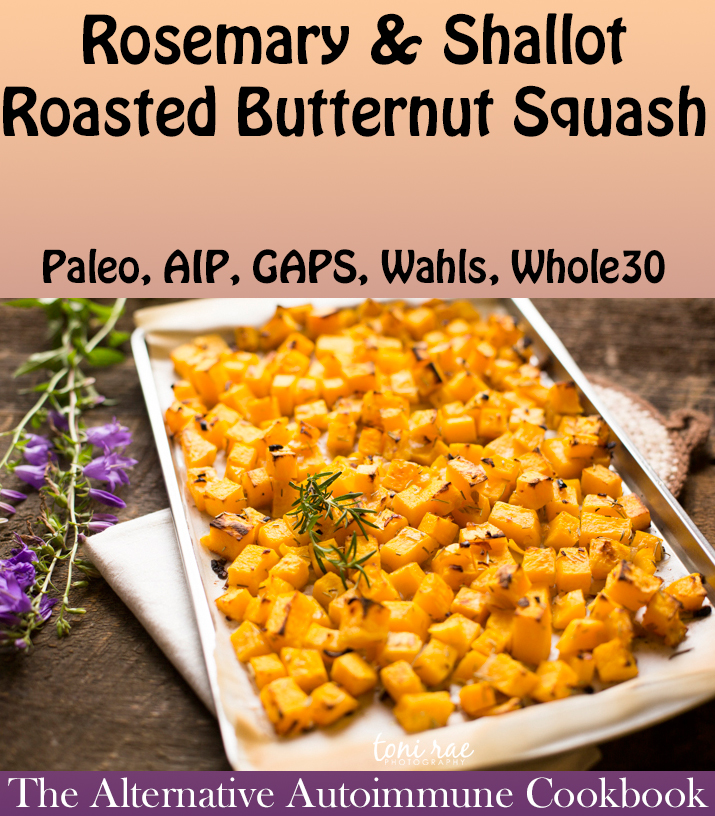 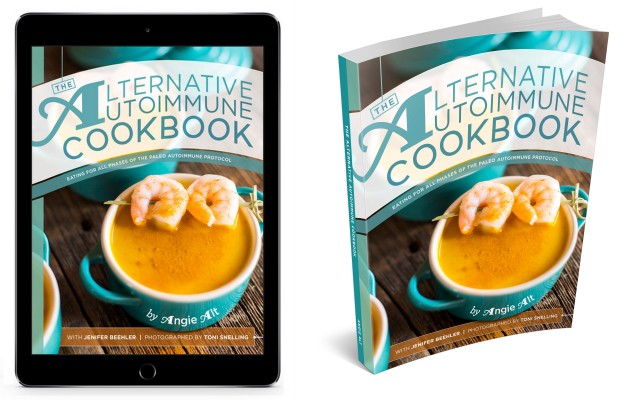 A New Cookbook on the AIP Block

The paleo community has been blessed with a wide array of cookbooks for years, but the same has not been true for those following the autoimmune protocol (the AIP). For years, we had no resources at all. Then, Mickey published The Autoimmune Paleo Cookbook in 2013. A year later, Sarah published the Paleo Approach Cookbook. And now, I’m excited to announce we have a third: The Alternative Autoimmune Cookbook by Angie Alt. It’s so exciting that more and more resources are becoming available to support us on this healing journey. It ain’t easy, but thanks to people like Mickey, Sarah and Angie, it’s getting easier.

Some people may ask, “Do we really need another AIP cookbook?” OMG – Yes, please! I can’t tell you how many depressing moments I’ve had flipping through paleo cookbooks and finding that 90% percent of the recipes contain ingredients I can’t eat. There are only three hardcopy AIP cookbooks currently available, all unique, and I’m so grateful for each and every one of them. (This cookbook is available in both e-book and hardcopy.)

What Makes It Special?

Angie is known for speaking honestly about the emotional journey of autoimmunity, so this is more than just a cookbook. Yes, it has recipes, but it also has chapters addressing things like denial and anger. Angie is also flat-out funny. Any book that has a “Butt Manifesto” gets my seal of approval! I would say this book is part cookbook, part memoir, and part excellent health coaching advice.

It’s also one of the prettiest books I’ve seen. Angie chose self-publishing to stay true to her vision, but she also hired a team of professionals to help her produce a top-quality product (an editor, designer, photographer and recipe collaborator). The result? An absolutely gorgeous book, in every way.

There are 59 total: you’ll find 28 for the elimination phase and 31 for the reintroduction phases. This isn’t a detailed guide to reintros like my e-book. Rather, it’s a book that shows you what life long-term on the AIP looks like. Strict AIP isn’t meant to last forever, and Angie wanted to make sure her book expressed that. The recipes in the reintroduction phases include ingredients she herself has been able to add back into her diet. 21 of them are Stage One Reintroductions, as outlined in The Paleo Approach. These are the foods most likely to be reintroduced successfully and include things like fruit-based spices, seed-based spices and fresh legumes. She also has 10 recipes for the later phases, which include the following ingredients: butter, almonds, alcohol, chocolate, coffee and white rice. The recipes are very clearly marked with a reintroduction box, where it applies. And some paleo ingredients are never included. This book is 100% egg-free, 100% nightshade-free, and butter is the only dairy ingredient (and used in only 4 recipes).

When Angie was writing this book, I was one of her recipe testers, and I can tell you that the Honey-Thyme Brined Pork Roast is mouthwateringly delicious! The first recipes I’m dying to try now that I have my hands on the whole book are: Turmeric Pumpkin Soup with Shrimp (on the cover), Bacon Burger Mega Meatballs, and Autumn Cider Sorbet. 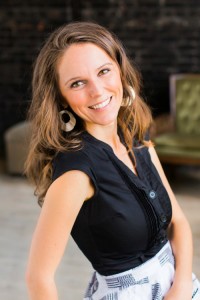 When you have one autoimmune disease, it’s not uncommon to develop another, and if you develop a third, you get a special label: Multiple Autoimmune Syndrome. Add to that the health devastation of waiting almost 15 years for a full diagnosis, and I think you’ve also earned the title, Autoimmune Warrior. Angie has celiac disease, endometriosis and lichen sclerosus. It wasn’t until she found the AIP in 2012 that she started reclaiming her health. Now, two years later, she’s helping others do the same. She is a co-author of the blog Autoimmune Wellness and works as a health coach. I interviewed Angie about her book, and as usual, she spoke from the heart:

What’s your favorite chapter in your book?

Well, it isn’t a “chapter,” but I had A LOT of fun writing the “Butt Manifesto.” That first came out of a discussion I had in one of my group coaching sessions. You’ll have to read the book for all the details, but it was a very freeing experience to write that piece. I think we should use humor as often as possible on the autoimmune journey. My sisters and I always say that you have to make fun of life, otherwise it is going to be a very miserable ride.

Uh, anything with pork. I really love pork. I’m also really proud of the Lemon Bar Ice Cream. That recipe is a bit of a labor of love, but I worked on developing it for a long time and I think the results are so delicious.

I chose the Brené Brown quote at the top of this article, because I know she’s one of your heroes. You embrace vulnerability, writing about topics others may avoid, because you want to authentically connect with your readers, and let them know they’re not alone. In this book, you opened up for the first time about your autoimmune skin condition: lichen sclerosus. Because it’s located around the sexual organs, people often are afraid to talk about it. What made you decide to name the diagnosis now?

I’ve never hidden my lichen sclerosis diagnosis, but I’ve always referred to it publicly as simply an “autoimmune skin condition.”  Over the last several years, a few fellow sufferers worked up the courage to email me and ask.  In those cases, I was always really open, because I knew how tough the disease is, and I wanted those people to know they had connected with someone who understood.

Then during the past year with health coaching, I started to get more frequent requests for help or information, as more people knew my story and made the connection.  The clincher was when a devastated mother of a young teen girl contacted me.  We had a short consult over the phone, and she cried.  It had been really difficult to get a proper diagnosis for her daughter, the disease had progressed beyond a mild case, and she was so worried about her daughter’s normal sexual development and future sexual health.  As you can imagine, her daughter, who was already dealing with puberty, was really struggling emotionally.

There’s this idea that LS is only seen in post-menopausal women, but it can happen in girls, pre-menopausal women and even in men.  To make matters worse, because it involves the sexual organs, misdiagnosis can be a horrible mess, with doctors declaring everything from yeast infection to sexually transmitted disease, even sexual abuse.  Talk about traumatic!  The earlier LS is identified the better the chances that permanent, debilitating damage to the organs affected can be avoided.  And, obviously, the more likely a sufferer is to avoid the emotional toll that misdiagnosis and the progressing disease can take.  My heart was broken for this girl and the extra burden that was now placed on her sexual health, an area of our lives that is already very delicate.

By that time I was working on the book, and I decided that being open about my LS could maybe help with the deep emotional distress that goes with this disease, and possibly help others identify not only LS, but the potential to develop Multiple Autoimmune Syndrome earlier (which often includes a skin disorder).  I’m almost 36 years old. I thought, ‘I’ll be vulnerable here, so that maybe a scared 13 year old out there can be less vulnerable.’  (To clarify, lichen sclerosis is NOT a sexually transmitted disease.  It cannot be spread from one person to another.)

What was the hardest part about writing a book, and what was the best part?

Writing is not really the hard part for me, but recipe development is tough.  That was a really intense, long process.  I did learn a ton spending six months working on recipes with my little sister, Jenifer Beehler, though.

The best part was probably seeing each of the members of my team bring their contribution to the project to light.  When my little sister “turned in” the recipes she developed, I was so impressed at her creativity in the kitchen.  Next came my photographer, Toni Snelling, with her photos.  She was meticulous during our week-long photo shoot and it really shows in the beauty of each photo.  Then my designer, Chelsey Luther, started showing me her design ideas, and I was floored.  She took all my ideas and intentions with the book to a whole other level.  Finally, my editor, Anne Hedgecock, did her painstaking job, and suddenly my messy manuscript looked professional.  I absolutely adore my team. 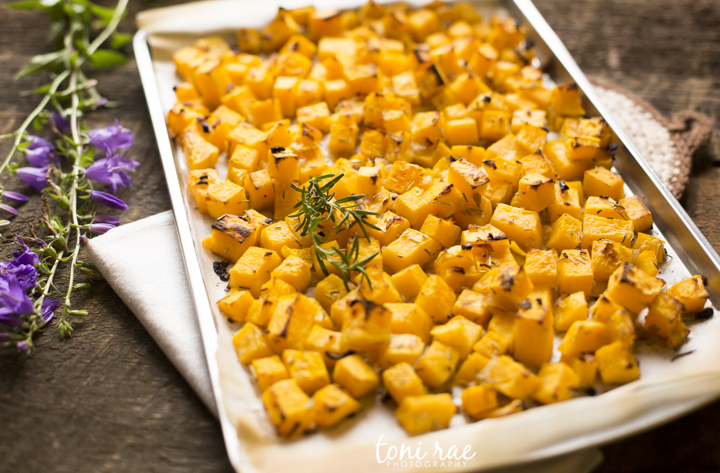 Angie’s cooking style is to pack as much flavor as possible into a meal, without spending a ton of time in the kitchen. This recipe exemplifies that simplicity, and it features one of my favorite winter squash. 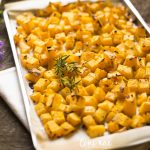 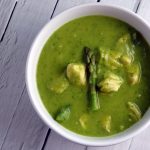 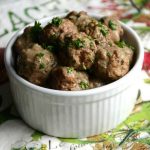 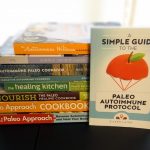 Update ~ the Giveaway has Ended

The winner was chosen with a random number generator on 12/19/2014. Congratulations to Benjamin! If you didn’t win, don’t despair. The book is reasonably priced, worth every penny, and available in e-book or hardcopy.

Disclaimer: I was given a review copy of this book as well as a copy to give away, with no obligation. I’m 100% honest in my opinions. If I didn’t love it, I wouldn’t have written the review, nor hosted the giveaway.