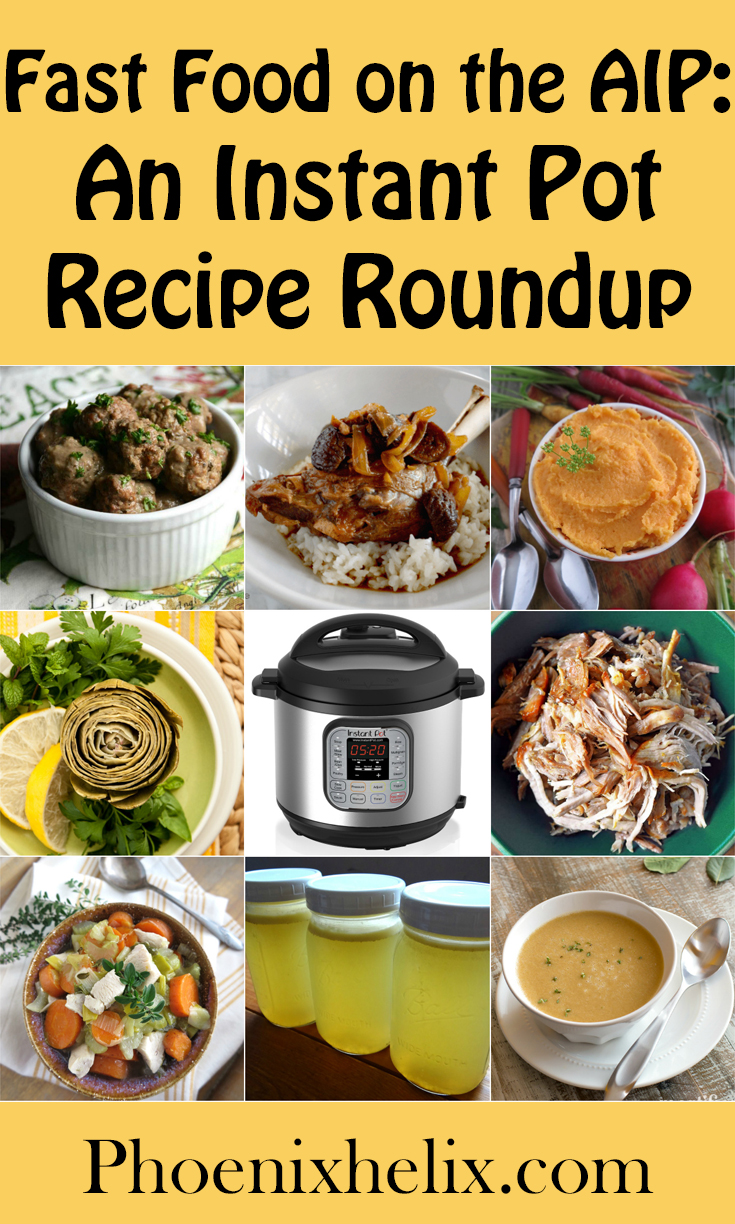 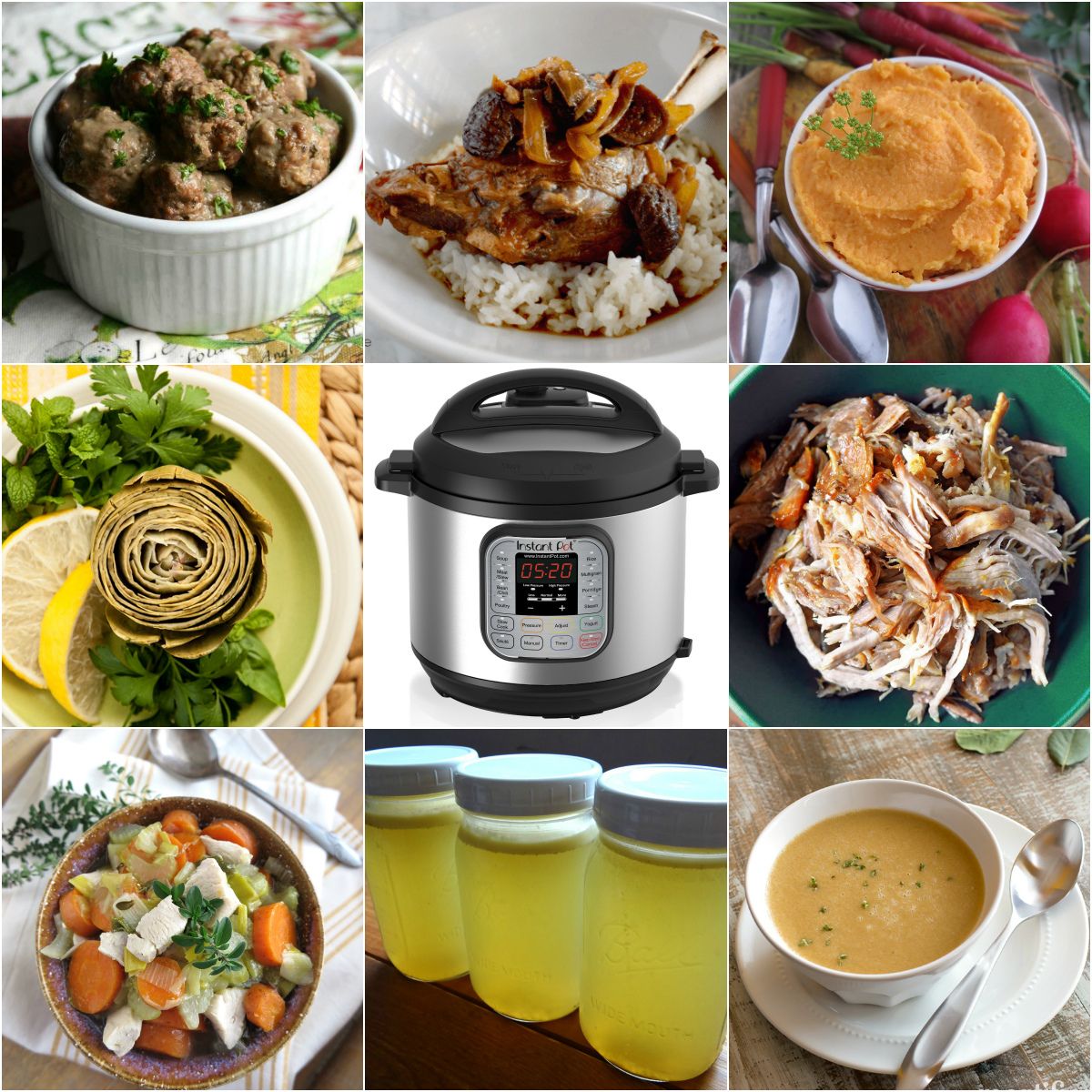 “I’m so fast that last night I turned off the light switch in my hotel room and was in bed before the room was dark.”
~ Muhammad Ali

The Instant Pot is a kitchen appliance that’s many tools in one. Its primary function is a pressure cooker, and that’s the focus of this recipe roundup. But it also serves as a slow cooker, rice cooker, steamer, yogurt maker, food warmer, and it has a sauté function as well (meaning you can brown meat before cooking, and reduce sauces and gravies afterward.) It saves a lot of room in my kitchen by replacing a bunch of appliances at once, and turns many recipes into one-pot wonders.

That said, the pressure cooker function is probably my favorite part. It’s worth it for bone broth alone. (It makes gelatinous broth in just 2-1/2 hours, as opposed to 24.) When you’re on a healing diet, you spend a LOT of time in the kitchen, and pressure cookers save time. I can’t think of a better gift. So, I’ve gathered together this list of Instant Pot pressure cooker recipes that fit the paleo autoimmune protocol. Here’s to healthy fast food!

P.S. If you have a stovetop pressure cooker, you can still use these recipes, but you’ll have to adapt them and experiment with timing, as different brands cook at different speeds.

This one’s not fast, but it is easy! You need the 7-in-1 Instant Pot which includes a yogurt maker function. Here’s the recipe: Coconut Milk Yogurt from Flame to Fork.

Bonus Tip For Using the Instant Pot as a Slow Cooker

If you have a slow cooker recipe you want to cook in your Instant Pot, the slow cook “normal” setting is the same as “low” on other slow cookers. Don’t use the “less” setting, or your food will never get done! I learned this through trial and error, but the normal setting works fabulously. If you’re looking for slow cooker recipes, I did a recipe roundup for those already, which you can find here. 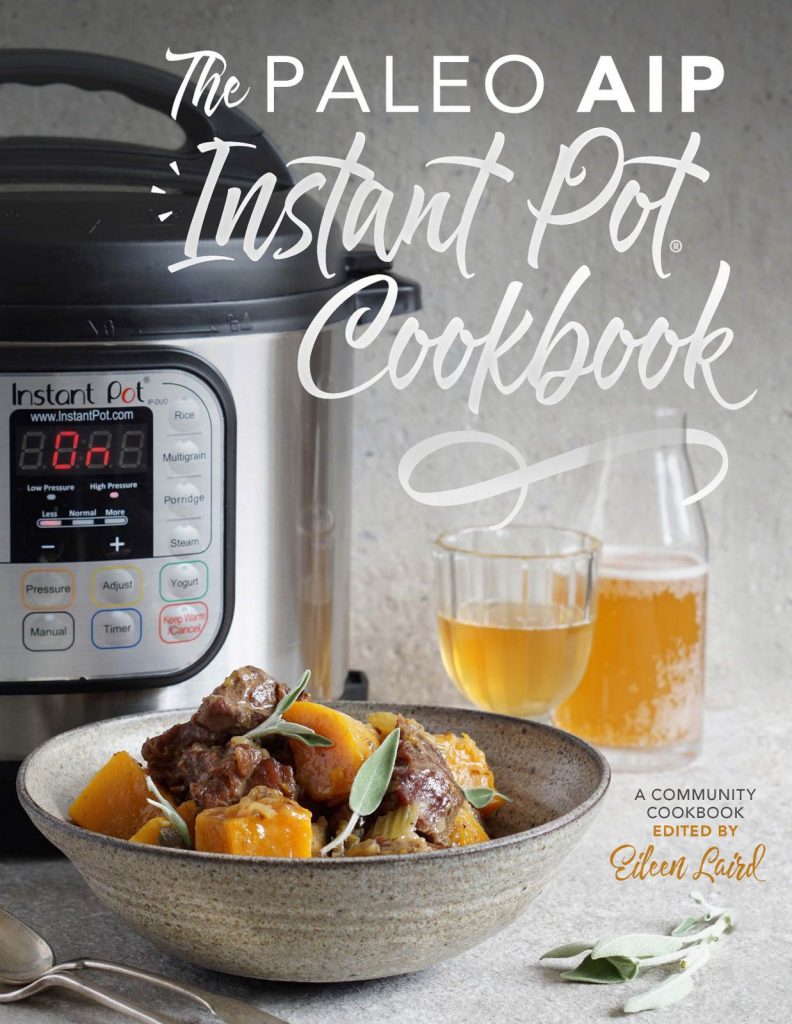