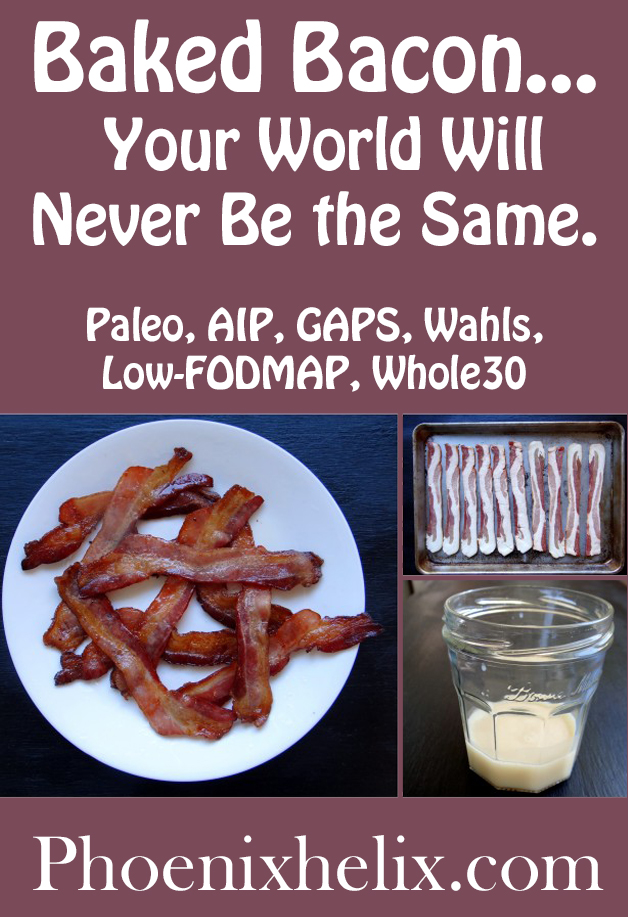 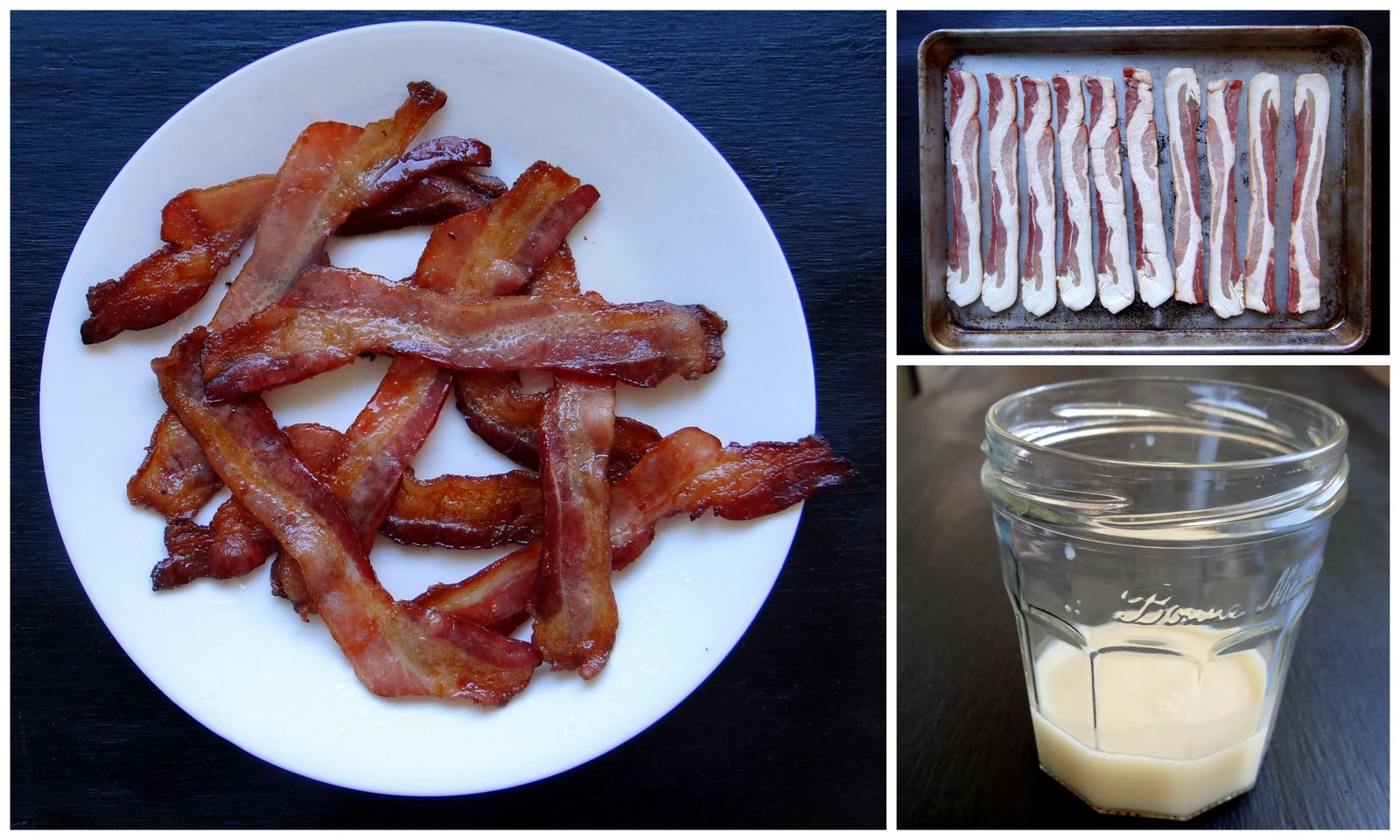 “Almost anything can be improved with the addition of bacon.”
~ Jasper Forde

How did I go 40+ years of my life without ever knowing about baked bacon? I can cook a whole pack at once and simply walk away. No more standing at the stove, getting my clothes splattered with grease. Now, I just enjoy my morning and revel in the scent of bacon cooking. When the timer goes off, I wander back into the kitchen and watch it for the last few minutes, until it’s the perfect level of crispiness. An added bonus is that it makes the best bacon fat ever – smooth, creamy white, delicious, and awesome for frying anything, including chicken livers (pro tip).

Not all bacon is the same, so I thought I’d share some examples, so you can make an educated choice: