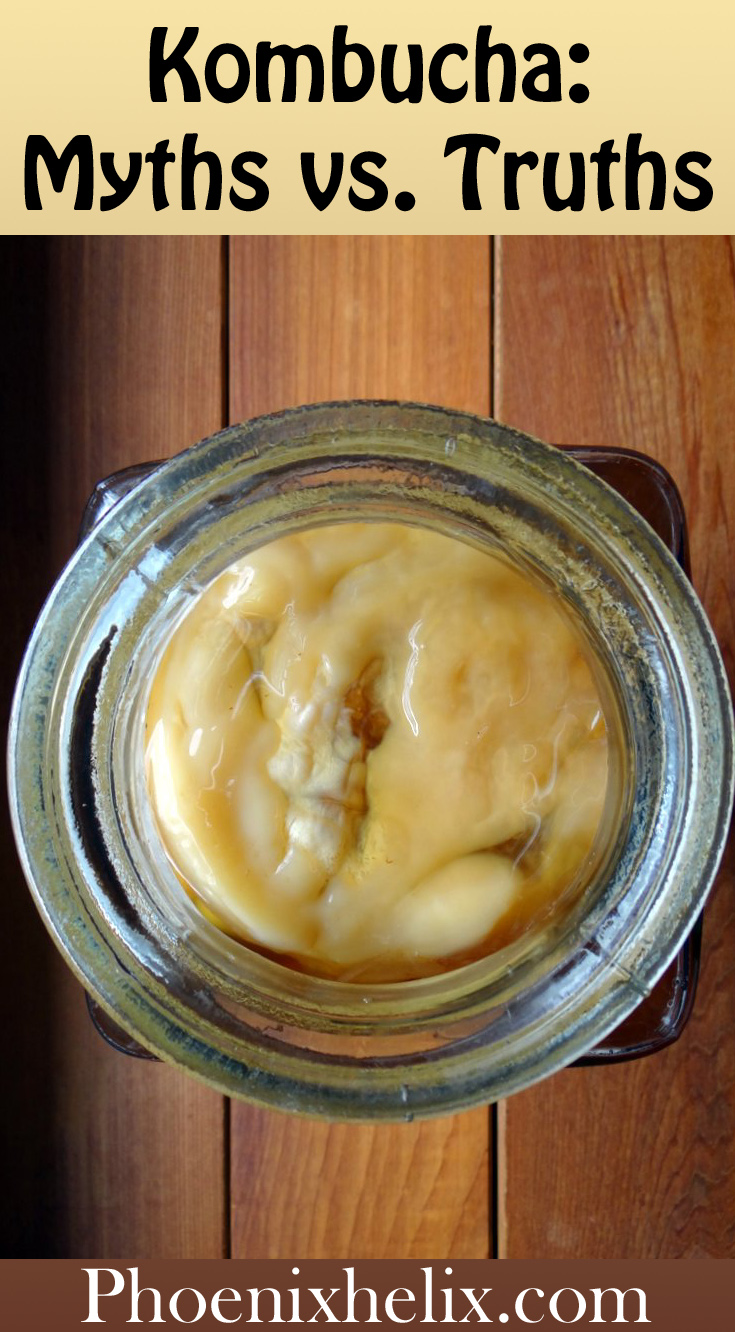 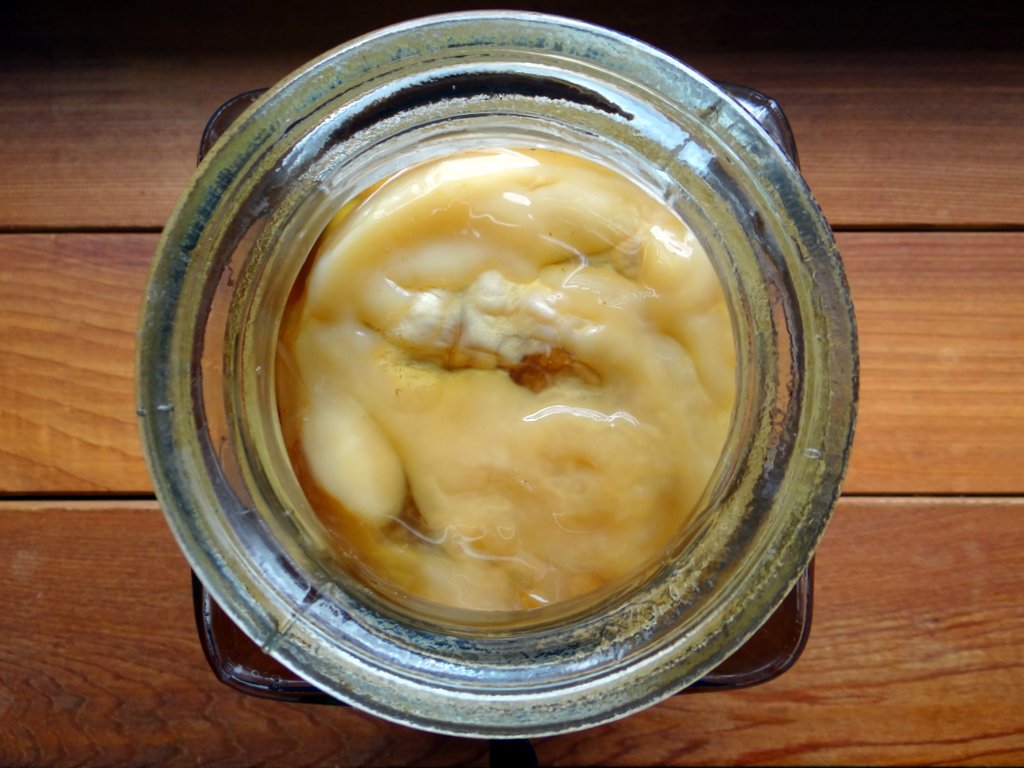 “Everything has beauty, but not everyone sees it.”
~ Confucius

What Is That Thing?

It’s a SCOBY (Symbiotic Culture of Bacteria and Yeast), a term coined by kombucha enthusiast Len Porzio in the mid-1990’s. It may not look appetizing, but it creates a very popular fermented beverage that goes for $4 a bottle in the health food stores. Luckily, you can make it very inexpensively at home. You just need 6 simple ingredients: a SCOBY like the one pictured above, tea, sugar, clean water, a warm place, and time. The final product contains a blend of beneficial bacteria and yeast (probiotics) as well as certain acids and enzymes that aid digestion, detoxify the body, and promote health. However, with popularity sometimes comes infamy, and a number of myths have cropped up surrounding kombucha over the years. Let’s separate the myths from the truths.

Kombucha has been around for thousands of years, believed to have originated in China, traveled throughout Asia and Russia and eventually became a health craze in the US over the past two decades. Legend has it that it was named after a Korean physician Kombu who healed the Japanese Emperor Inyko with the tea, and the tea was then named after him: “Kombu” + “cha” (which means tea.)

The science of fermentation is one practiced in homes, rather than laboratories, and for that reason it has an air of mystery. These living foods change from batch to batch, and since they can’t be patented or highly controlled,  there’s no real incentive for the science community to spend resources in research. Therefore, health claims tend to be anecdotal, and certain assumptions about the “science” behind the process get spread with no real evidence to support those assumptions. We know fermented foods are powerful in their ability to support a healthy body, and restore balance to an unhealthy one. We don’t really know the fine details of how this occurs.

Well, Michael Roussin, a kombucha lover, decided he wanted to know what exactly was in this drink that made him feel so good. With the help of a professional lab, he spent 18 months testing 1103 samples of kombucha, from batches all over North America and parts of Europe, with different teas, sugars, temperatures and brewing times, and he discovered some surprising things. Here are some highlights from that report:

Now, you know what’s true and what’s not. Leaving the myths behind, this traditional fermented beverage can still be a wonderful health tonic. We don’t need exaggerated claims, and we don’t even need to know how it works (although we’ll keep searching). Paleo guru Mark Sisson talks a lot about the N=1 (an experiment of one). That simply means that you try something yourself, and see if adds to, or detracts from, your health. Paleo leaders Dr. Terry Wahls and Robb Wolf drink kombucha themselves. Robyn Latimer, who put her lupus into remission through the paleo diet, also drinks it daily. Dr. Natasha Campbell-McBride recommends it for the Full GAPS Diet. Her only caveat is that people should avoid it on the more restricted Introduction Diet due to the fluctuating sugar content. Dr. Sarah Ballantyne allows it on the Paleo Autoimmune Protocol, because fermented foods like kombucha offer so many potential health benefits. My next post will tell you everything you need to make a successful brew, and my final post in this series will give you the recipes. Stay tuned!

The following websites were very helpful in my research: