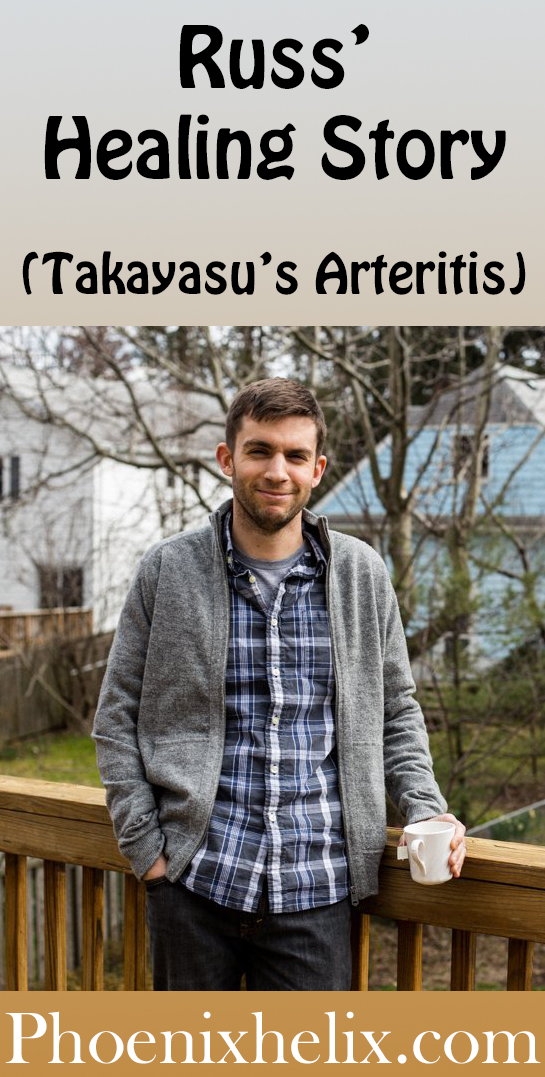 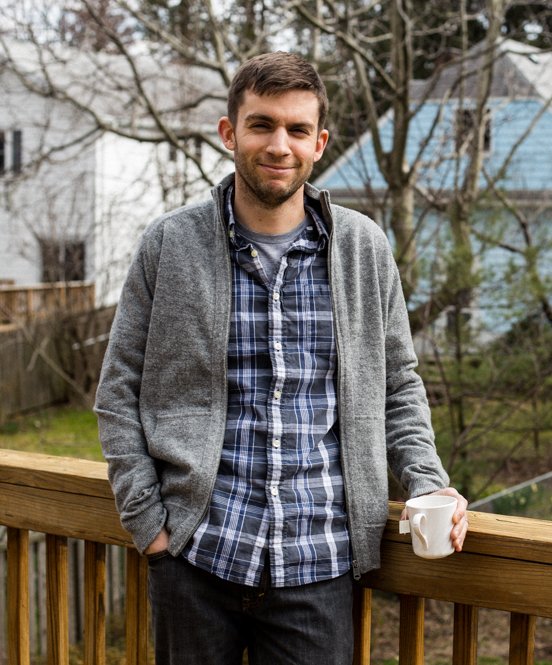 Sometimes people think that dietary healing is an all-or-nothing experience. If you don’t go into complete remission and go off all medication, you’ve somehow failed. The truth is that healing is a journey that takes time, and it also takes different shapes. For some, the combination of diet, lifestyle and medication is the best choice for health. Through the success stories on this blog, I strive to celebrate a wide range of healing stories. Russ Crandall shares his with us today.

I am constantly amazed at the diverse ways that autoimmunity expresses itself. In Russ’ case, it caused inflammation in his arteries. He had a stroke at age 24 and open heart surgery at age 26. Medication moderated his symptoms, but left him with limited strength and many side effects, and the longer he was on them, the worse he felt. It wasn’t until he discovered the Paleo Diet at age 29, that his health started to improve. It wasn’t a cure, but it allowed him to reclaim his life.

My whole health journey started about eight years ago, when I had a stroke at the age of 24. It was very strange. I considered myself very healthy until then, and the doctors couldn’t determine the cause. With physical therapy, I regained my abilities, but a year later I started to get abnormally out of breath when exercising, and it got so bad that I couldn’t even walk without getting winded. I was also feeling unwell in general, but couldn’t place it on one certain symptom at the time. I went to the doctor and was immediately hospitalized, and remained as an inpatient for a few weeks while I was run through a wide series of tests from just about every medical specialty. In the end I was diagnosed with an autoimmune condition called Takayasu’s arteritis, which causes inflammation in the arteries. In my case the inflammation was occurring in my pulmonary arteries, so I couldn’t get enough oxygenated blood to my lungs, which was causing my extreme shortness of breath.

In the months leading to my diagnosis, I felt a general sense of being unwell, and had a very hard time eating – nothing sounded good. But it was after my diagnosis, when I was dealing with what I now knew was an autoimmune disease, as well as the side effects of immunosuppressant steroid therapy, that I really felt my worst. I continued to have shortness of breath, but I also felt very weak, always tired, and increasingly anxious. Overall, I was quite a mess! I did my best to keep my chin up, but I was definitely not having a good time; I think that’s why I made the change to healthful eating overnight, once I read about dietary invention.

I was on high-dose immunosuppressant steroid therapy for over four years, and tried other non-steroid immunosuppressants as well. In 2007 I underwent an open-heart pulmonary resection surgery to remove inflamed tissue from my pulmonary arteries, which was a very scary event. Unfortunately, because my underlying issue (inflammation) was still present, the surgery was not very beneficial.

What’s your version of the paleo diet?

When first starting paleo, I attempted a strict approach, what many refer to as the “Whole30” or “squeaky clean paleo”. It provided dramatic improvement in my symptoms and wellness, but I started to lose a lot more weight than I expected; I’m a fairly thin guy already, but I was getting downright skinny. So I started introducing carbohydrates like white rice and potatoes into my diet and bounced back to what I consider my normal weight. I also experimented to find that I tolerated some forms of dairy (butter, cream, hard cheese) well enough to eat them on occasion. So in a nutshell, my version of paleo includes white rice, potatoes, and some dairy. I have experimented off and on with the autoimmune protocol (no nightshades, eggs, etc) and have found some foods do trigger a negative reaction, especially eggs, so I usually limit them.

How fast did you see results after switching to paleo?

I would say that within a week I felt an improvement in my energy levels – I had more overall energy and it was more stable. Within a month, I felt many of my autoimmune symptoms abating, and was able to wean off of steroids. Once I was off the steroids, a lot of my secondary issues disappeared. So within a month of changing my diet I felt nearly as good as new.

I still get short of breath upon exertion, albeit much less so than before, but I still cannot do any sort of rigorous cardio exercising. This has less to do with my inflammation levels and more with the calcification of my artery due to years of stenosis – in other words, my pulmonary arteries hardened after years of inflammation and diet won’t fix that. I also have some slight issues with fatigue, an underlying issue associated with having an autoimmune disorder.

Since I am active duty Navy, exercise is a regular part of my life (albeit at my own pace given my symptoms), and I think it definitely contributes to my overall health. I take supplements from time to time, mostly vitamin C, magnesium, and cod liver oil; nothing with any sort of regularity, but maybe a few times a month. I like to think that I’m getting what I need from my diet, but it doesn’t hurt to play it safe!

Are you on any over the counter or prescription medication now? If yes, how does it compare to what you were taking pre-diet?

I went from a handful of pills a day, sometimes over a dozen, to two medications.

How strict are you on the dietary protocol? Any “cheats”?

One of the major principles behind my blog is the idea that focusing on high-reward, highly-nutritious food can curb an appetite for cheating. In other words, I try to make food so tasty and rewarding that I crave those foods instead of unhealthy foods. That being said, I still sneak in the occasional potato chip, popcorn, and french fries from time to time. I haven’t gone all-in and had a full cheat meal in nearly three years of eating paleo – although to be fair eating white rice allows for a lot of foods not available in your typical paleo template, like rice pasta.

Given my condition, I take this diet pretty seriously. I imagine that as my gut health improves over the years I’ll allow for occasional cheats to see how my body reacts to some foods. Plus it’ll be interesting to see how my taste buds have changed.

What are the challenges for you in sticking to the diet?

One major challenge for me is eating well when I don’t plan ahead. So if we’re stuck out in town and hungry we’ll make a compromise – bunless burgers with CAFO beef, or something cooked in grain-derived oil. Which then makes me feel a little lousy and not in the mood to cook, and then sometimes I just order take-out, and the cycle continues. It doesn’t happen often, and I definitely don’t beat myself up over it, even if it wouldn’t happen if I had kept a more rigid eating pattern. But in the end I always manage to get back on track, and I think it’s probably good for my overall mental health to allow for occasional missteps.

Is your family paleo, also?

I’ve been very lucky in that my wife and son jumped into the diet right alongside me. My wife has also experienced improvements in her health, and has been incredibly supportive in my health journey.

I would suggest an approach that will work. In other words, if you are the kind of person that can easily take the plunge and jump in head first, go for it. Try out a Whole30 and maybe the autoimmune protocol to boot. A big change like that will definitely produce big results. However, I think that many people would benefit from a gradual introduction of healthy food choices. My biggest advice is to make some easy switches – swap out bad oils for coconut oil, olive oil, butter, and ghee. Next, I would pick a food to eliminate, like wheat or corn, and keep going. Eventually you’ll get there! Health is a marathon, not a sprint, so take as much time as you need and don’t beat yourself up along the way.

You can follow Russ’ journey through his blog, the Domestic Man, which was a finalist in Saveur’s 2013 Best Food Blog Awards. In 2014, Russ published a cookbook, The Ancestral Table. And in 2015, he published the bestselling Paleo Takeout.