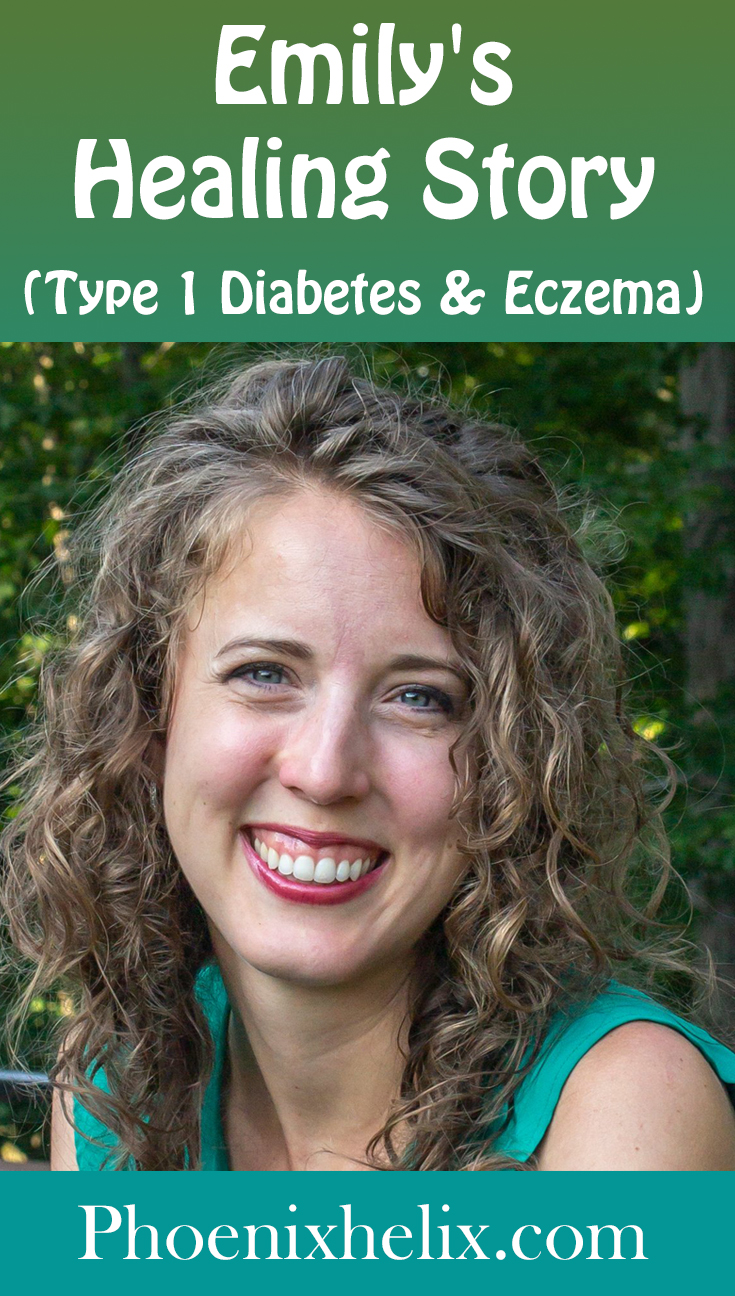 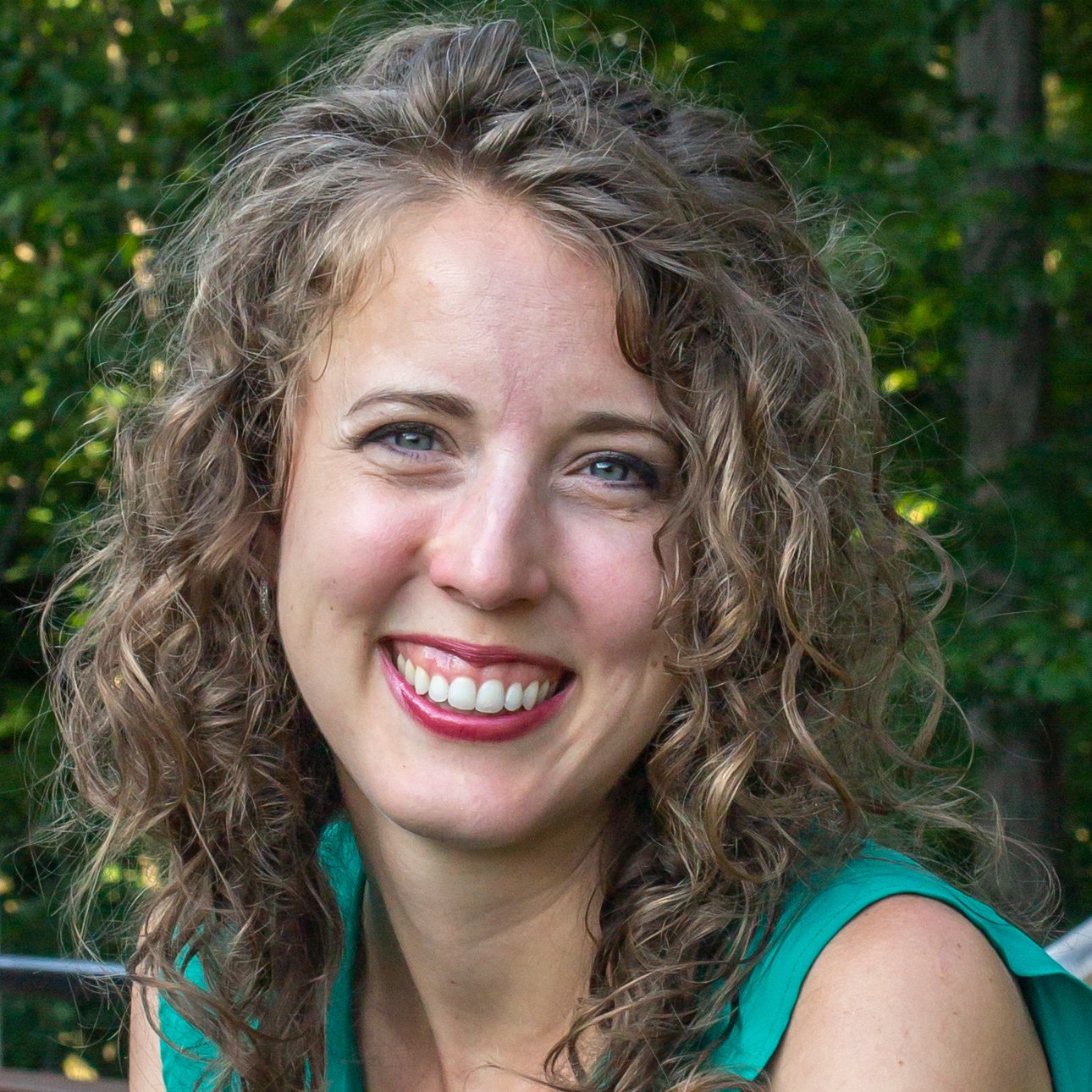 Because diabetes is so common and there are different types, many people don’t realize that Type 1 is an autoimmune disease. The beta cells in the pancreas are attacked, and the body can no longer make enough insulin. Emily Stauch was shocked when she got her diagnosis, but as you read this interview, you’ll see that she is the epitome of an empowered patient. Not only did she identify the symptoms and go to the doctor quickly, she also implemented diet and lifestyle changes that made blood sugar management much easier. These same diet and lifestyle changes also eliminated the eczema she had been experiencing for years.

The eczema symptoms began in 2006 when I was 22 years old. It started off as just a small patch on my wrist that popped up in the wintertime.  I would try to apply different lotions, cortisone creams, or any other over-the-counter “miracle cure.” However, over the next decade the patch got larger and larger and more persistent throughout the year. By the time I was diagnosed with type 1 diabetes, my right hand and wrist were permanently covered in a very scaly rash.

I was extremely defeated upon the official diagnosis. When it was only gestational diabetes, I could chalk it up as an anomaly. If the doctors were confused, then so was I! Certainly I was not meant to have diabetes, right?

Getting the full-blown type 1 diabetes diagnosis was extremely depressing. Now I have to care about my blood sugar all day every day. There’s no end in sight for type 1 diabetes as with gestational diabetes. In fact, the reason I fell upon diet change as a way to manage diabetes is because I was Googling, “What are the chances of misdiagnosis of type 1 diabetes?” You could say I was in denial.

Since I had gestational diabetes for both of my pregnancies and I have several members in my family that are type 1 diabetics, I initially followed the conventional method of treatment which is a combination of two types of insulin. Diet change is suggested but not to the level of the autoimmune protocol. In general, endocrinologists don’t believe diet has a significant impact on blood sugar management. I have found the opposite to be true: diet has HUGE ramifications for blood sugar management.

My diet change was a progressive one. I began by just removing gluten from my diet, with amazing results! By simply eliminating gluten I was able to stop taking insulin immediately.

After 4 months, only being gluten-free was not enough. So I tried The Autoimmune Solution by Dr. Amy Myers. I shortened the elimination phase and haphazardly flew through the reintroductions. So, it was not too much of a surprise when a few months later my blood sugar began to climb. Since I hadn’t documented my reintroductions nor gone slowly enough, I really didn’t know which foods were triggering the rise in my blood sugar.

Remaining insulin-free didn’t last forever, but it did last 19 months! I’ll take a year and a half of not injecting myself multiple times a day! Even though I am on insulin, diet still has a major effect on my insulin dosage and blood sugar levels. Insulin is not a silver bullet when it comes to managing diabetes. It still takes constant measuring, balancing, and when the gut is healed, all of it is much easier.

Immediately in some ways, and gradually in others. My fasting blood sugar is the biggest tell that my gut is inflamed. When I eliminated inflammatory foods, my fasting blood sugar decreased the very next morning. It proceeded to decrease incrementally each day until returning to normal (for a type 1 diabetic). While the effect is immediate, it is still a stair-step process to get all the way back to normal.

Whenever I experience cross-contamination, my blood sugar rises for several weeks. Then follows the same stair-step healing process over the course of a few days, so I can easily tell when my gut is healed.

Eczema was gone within two weeks of removing gluten from my diet! I wasn’t actively treating this condition, as it ran in my family and I considered it a cross I had to bear. In my mind, nothing could be done to fix it. Imagine my surprise when I realized my skin was completely smooth and healed, apparently out of nowhere!

My hormone balance and regulation is astounding to me. I have had hormonal imbalances that have affected my menstrual cycle for all of my known life. It took almost 2 years, but I now have a regular menstrual cycle which is something I have not had ever in my life.

Another odd but absolutely certain result of diet change is my hair. I come from a family with beautiful curly hair, but mine straightened out when I was around five years old. I never understood why it turned straight and didn’t put much thought into it. About six months into my diet change, my hair started to shed like crazy, very similar to a postpartum shed. When the hair regrew, it was curly, but not only was the new growth curly, the old changed to curly too! Now, three years into my diet change I have a full head of curly hair, both old and new growth are quite curly! Isn’t that wild?!

I am a big believer in healthy habits. My sleep/wake cycle is extremely important for regulating blood sugar and my body’s sensitivity to insulin. I work hard to go to bed at the same time and wake up at the same time every day.

Exercise plays a huge role in lowering blood sugar, too. As a mom with young kids though, I don’t kill myself to join a rigorous gym or go on long runs outside, I do 30 minutes HIIT/strength/cardio video workouts in my basement. Regular exercise does wonders to diabetes management!

My morning routine is critical to being able to get healthy food on the table consistently. If I wasn’t getting up early and purposefully creating time to cook, healthy meals just wouldn’t happen.

Type 1 diabetics do not produce enough insulin to bring blood sugar down on its own. Insulin injections are necessary for life if the pancreas cannot keep up. So obviously, I take insulin as needed, but the huge breakthrough I’ve experienced is I don’t need nearly as much as most diabetics. When food sensitivities are addressed, insulin sensitivity increased, and the gut healed, diabetes management becomes so much easier and less of a burden.

100% adherence during the elimination period. Once I hit reintroductions, I did begin to eat bacon which has sugar. I do find that when I begin snacking too much on chocolate and certain nuts, my gut goes a little haywire. If I discipline myself and stop eating those things for a time, then my gut heals and my blood sugar goes back to normal.

Since I’m well into the reintroduction phase, I’d say I’ve already weaned myself off of it. The elimination period is just that, a period of time, not forever. My current diet is closer to paleo (paleo-minus-eggs), which I find sustainable long-term.

Snacks! I missed chocolate, wine, and the ability to just munch on anything anytime I wanted. Although my snacking ability is equally dampened by diabetes. Diabetics need to balance insulin and carbohydrate intake which limits constant grazing throughout the day.

My husband! Seriously, if he wasn’t all-in with any food change I suggest, and encouraging me to keep trying when I’m down in the dumps about my blood sugar numbers, I would have given up long ago.

Just do it. Bite the bullet, make the plan, buy the food, and get moving. The change is so rewarding!

You can follow Emily’s journey on her blog, Flawed Yet Functional. 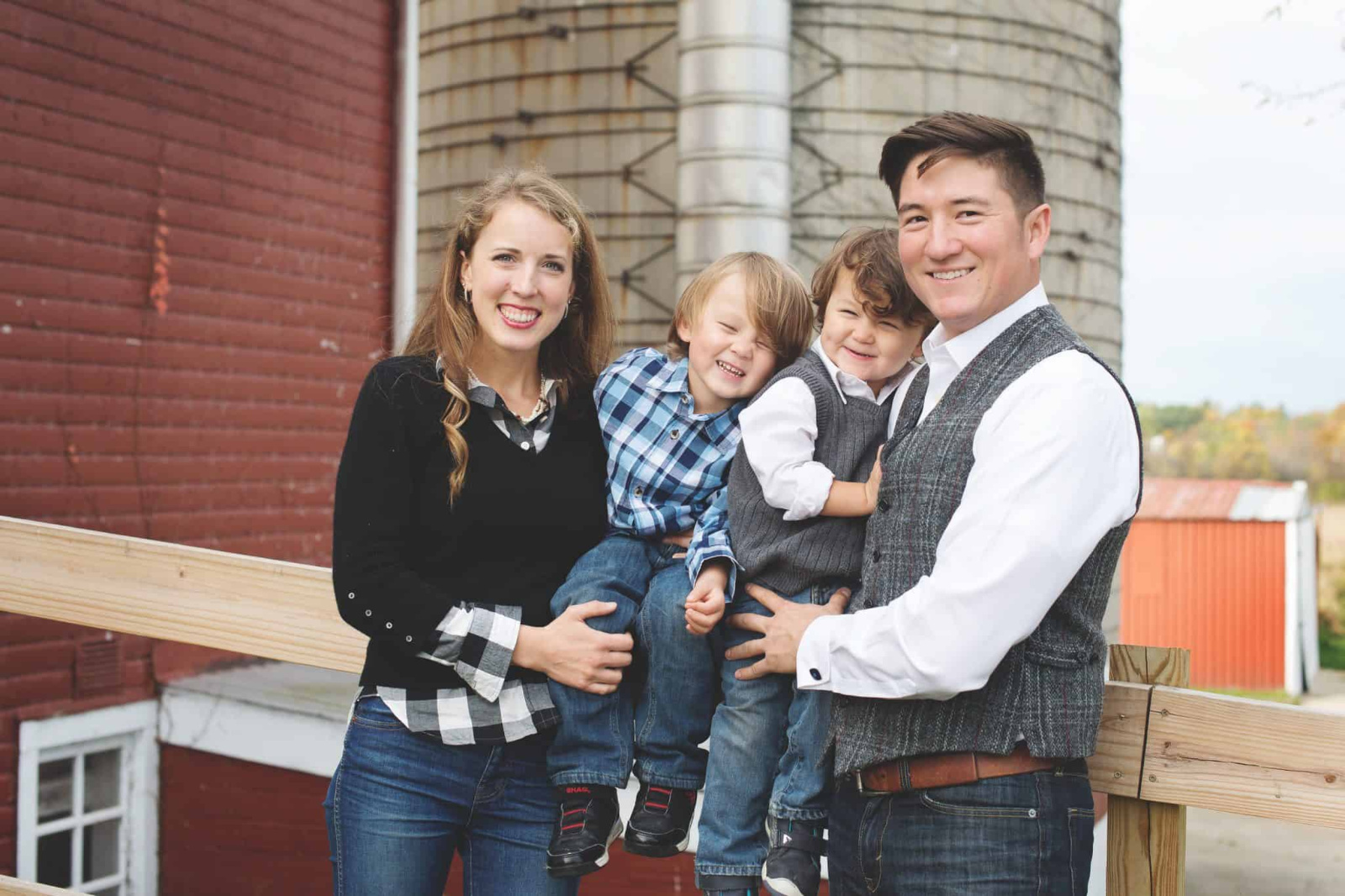